Some of the most important points for developers to consider from the recent iPhone and iPad launch events are circled on these charts.

The charts show that the new A7 chip provides a significant boost in CPU and GPU performance.

But the charts show something else—the widest range in performance across supported devices of any iOS release, ever.

That giant difference in performance means it is more important than ever to test on lower-end hardware, to ensure the performance of your app is acceptable on older devices.

For iPhone apps, that means testing on an iPhone 4.  Recent analytics data from Localytics pegs global iPhone 4 share at 20.2% of all iPhones—a significant number of active users. If you don’t already have one for testing, you can pick up a used iPhone 4 on eBay with prices in the $150 – $200 range.

For iPad apps, there are two varieties of low-end config— those with and without Retina displays.

The iPad 2 and original iPad mini both use the A5 chip and have non-Retina screen resolution. Both are also still part of the current iPad lineup, making it all the more important to make sure your app performs well on these devices.

The second variety is the iPad (3rd Generation). As the first iPad with a Retina display, this model provides the baseline of performance for Retina display iPads.

Localytics data from last year shows the 3rd Gen iPad with 31% share when it was discontinued. That equates to millions of units still in the hands of customers.   If you need one for testing, used models are currently available on eBay for about $300 – $400.

With such a large spread in performance among devices that support iOS 7, testing on the lower end of the performance spectrum has never been more important. •

The charts in this article are from Apple Special Events, September 2013 and October 2013.

I’ve updated my iOS Device Summary to include the newly-announced iPad Air and iPad mini with Retina Display.

Check out the iOS Device Summary page for the rationale behind the summary plus PDF downloads—including files optimized for printing. 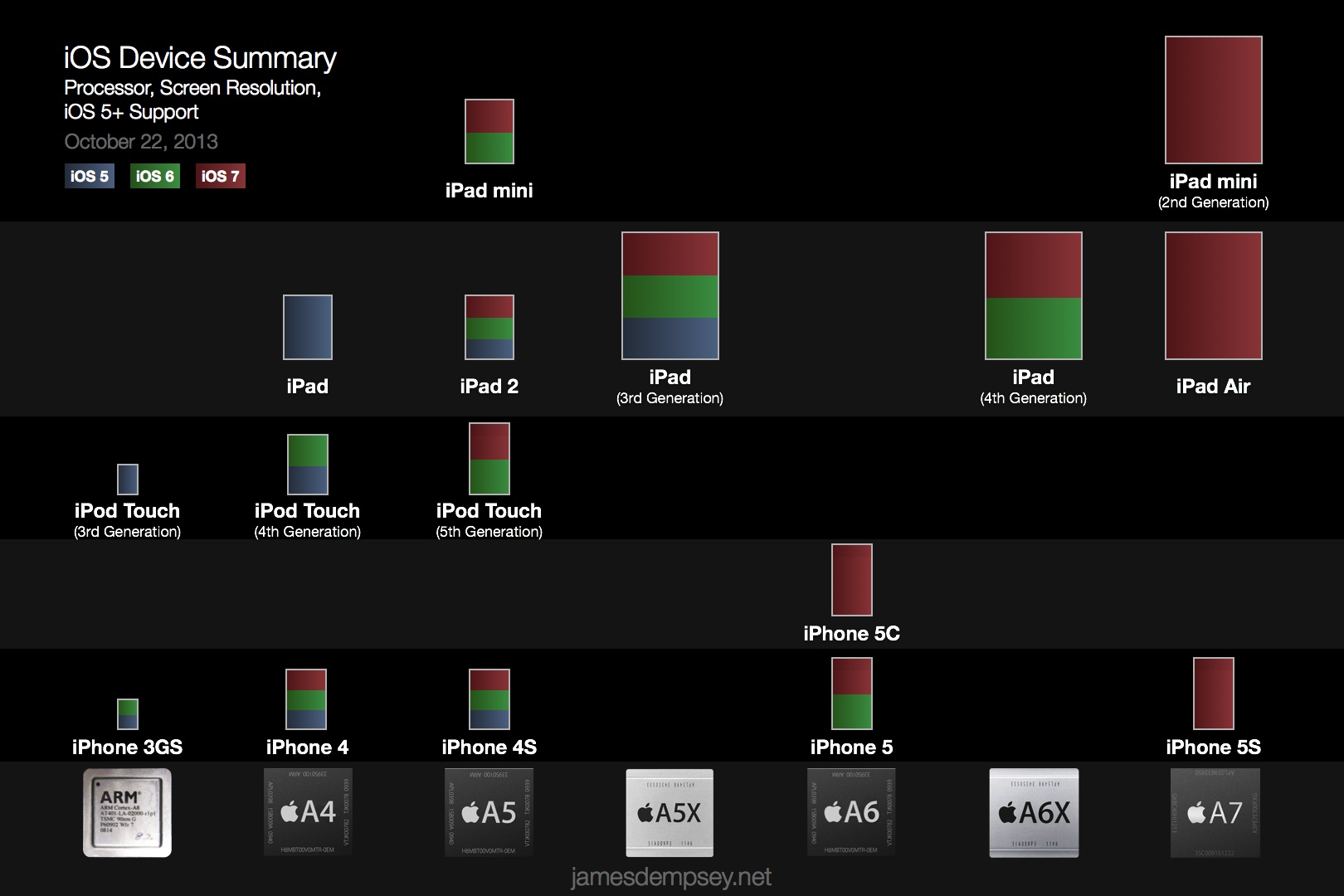 A mix of full and conditional breakpoints joined in to play a set of James Dempsey and the Breakpoints songs for the crowd.

Jonathan Penn (@jonathanpenn) of Rubber City Wizards was inducted as a full Breakpoint following his stellar performance at the Live Near WWDC 2013 show in June.  In Columbus, he donned some shades and jammed on guitar and backing vocals.

The jam also included a few Conditional Breakpoints—folks who jam in the pickup band when they happen to be in town.

Nathan Sjoquist (@nathansjoquist) was on hand, taking a break from iOS development for some guitar and backing vocals.

The Breakpoint Jam fall tour rolls on to CocoaConf Boston later this month and then CocoaConf Atlanta in November.

Thanks for all the support in Columbus!  And if we’re coming to a town near you, I hope you can join us in Boston and Atlanta!

In the meantime, sign up for our newsletter to find out about live shows and music releases. Or show your support with a download from iTunes.

I’ve updated my iOS Device Summary to include the newly-announced iPhone 5S and iPhone 5C.

Check out the iOS Device Summary page for the rationale behind the summary plus PDF downloads—including files optimized for printing.

I’ve updated my iOS Device Summary for iOS 7 with the info Apple has publicly posted.

A few things to note: 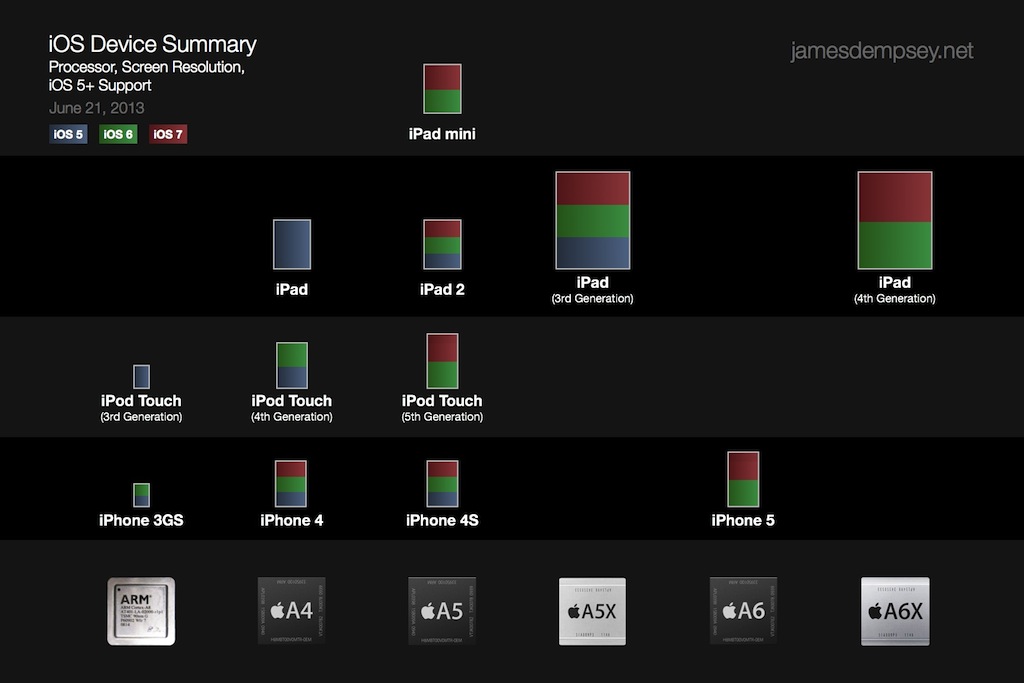