James Dempsey and the Breakpoints

Back in 2001, the thought occurred to James that it might be amusing, in the middle of a technical presentation, to pull out a guitar and sing a little song about the topic at hand.

That idea led to close to two decades of original songs on topics ranging from design patterns to data modeling and beyond.

Although James started out solo onstage with a borrowed guitar, additional musicians were good enough to lend their talents and James Dempsey and the Breakpoints came to be.

The Breakpoints are a fabled group of talented techies-by-day and musicians-by-night who have helped James bring his tech-inspired songs to life. 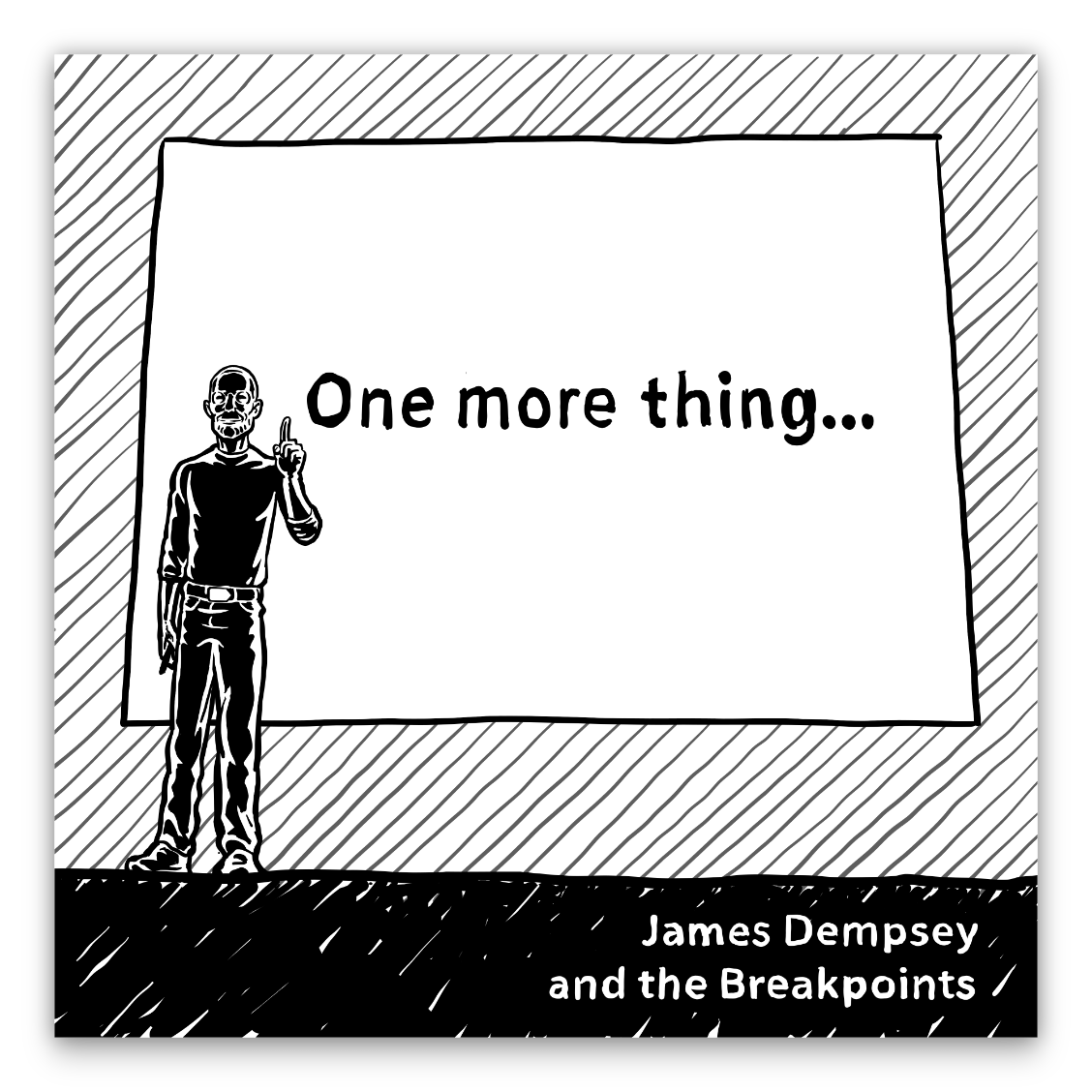 On October 5, 2021, to honor the tenth anniversary of Steve Jobs’ passing, James Dempsey and the Breakpoints released the single One More Thing….

The song is a tribute to Steve Jobs and the excitement he brought introducing the latest innovations, including those he would announce as “One more thing…”.

James is joined by 32 musicians from the Apple tech community, coming together to celebrate the legacy of Steve Jobs. The track features such diverse instruments as banjo, organ, strings, horns, flute, and a didgeridoo.

Since 2012, James Dempsey and the Breakpoints have held LIVE near WWDC, an evening of music, fun, and laughter playing some of the nerdiest developer music around.

For the last four years, LIVE near WWDC has been a benefit concert supporting programs that encourage underrepresented youth in tech.

In 2020, Breakpoints came together virtually to perform in a music video released during WWDC20.

You can view the video on the LIVE near WWDC site.

In 2014, James Dempsey and the Breakpoints released their debut album Backtrace. The album contained studio recordings of all of James‘ songs since his first WWDC performance in 2001.

Backtrace raced up the charts to become the #1 comedy album on iTunes in the US, UK, and Canada. It also debuted at #5 on the Billboard Comedy Album Chart.

The album is available on iTunes, Apple Music, Spotify, Amazon, and wherever digital music is streamed or sold. You can even ask Siri for it by name.

The original announcement of the album touted it as The Biggest Album Release in Cocoa History. A title that applies equally today.

Lyrics to all the songs on the album are available on the Backtrace Liner Notes page.