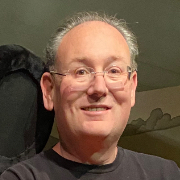 I worked at Apple for fifteen years before setting out on my own in August 2011.  As a software engineer at Apple, I worked on iOS, Aperture, and OS X releases Leopard through Lion, including half a decade on the Cocoa frameworks team.

I’ve also trained hundreds of developers on Apple technologies, including teaching Cocoa development at Stanford University and presenting at the Worldwide Developers Conference (WWDC) for over a decade.

My company Tapas Software does iOS and Mac development.  We recently released our first app WALT, The Watched Animation List Tracker, for fans of Pixar and Disney animation.  We also do contracting, consulting and training.

With James Dempsey and the Breakpoints, I write, record and perform songs about Cocoa development designed to enlighten and amuse.

Our just-released album Backtrace debuted at #5 on the Billboard Comedy Album Chart.