Last fall, I posted A Brief History of Apple Home Page Tabs which showed a visual history of each change in the tabs on the apple.com home page since they were introduced in January 2000. That post also called out some of the major changes and common themes in both interface style and products over the years.

On June 8th, 2015, about 9 months after the previous change, the Apple home page tabs have changed again. 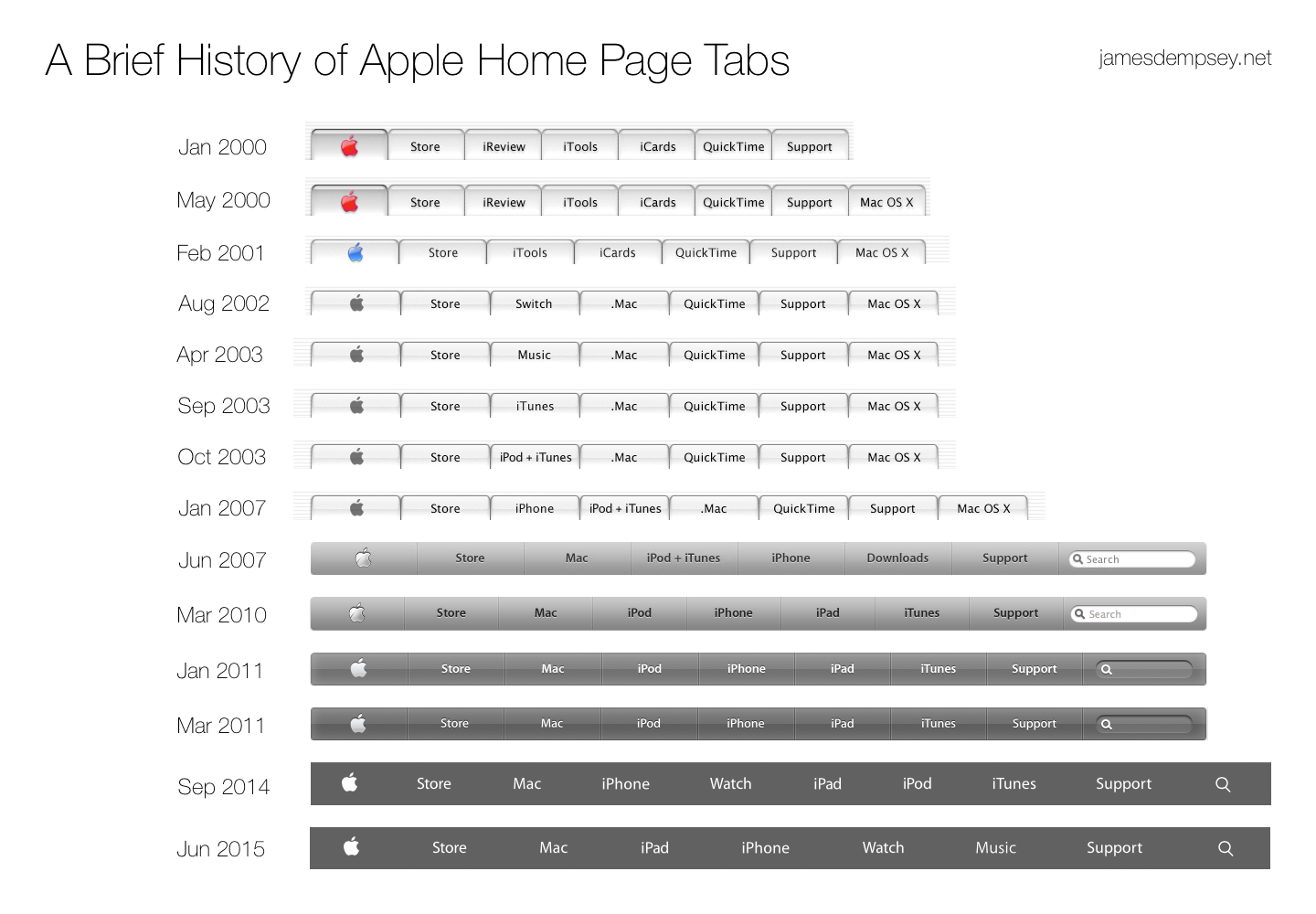 With the introduction of the Apple Music service, the iPod and iTunes tabs have been replaced with a single Music tab.

The Apple home page has had iTunes and iPod in a tab for almost twelve years.  The iTunes tab first appeared in September 2003 with iPod being added for a combined iPod + iTunes tab the very next month in October 2003.

They shared a tab together for close to a decade before being broken out into separate tabs in March 2010, where they have remained until being combined into a single Music tab last week.

A Music tab on the Apple home page is not entirely new, nor is the term Apple Music.  A Music tab first appeared at the introduction of the iTunes Music Store on April 28, 2003.*  In addition, posters commemorating the launch listed the site address AppleMusic.com.

That tab lasted until September 2003, when it changed to an iTunes tab.  Time will tell if the Music tab and the Apple Music brand hang in there longer this time around. • 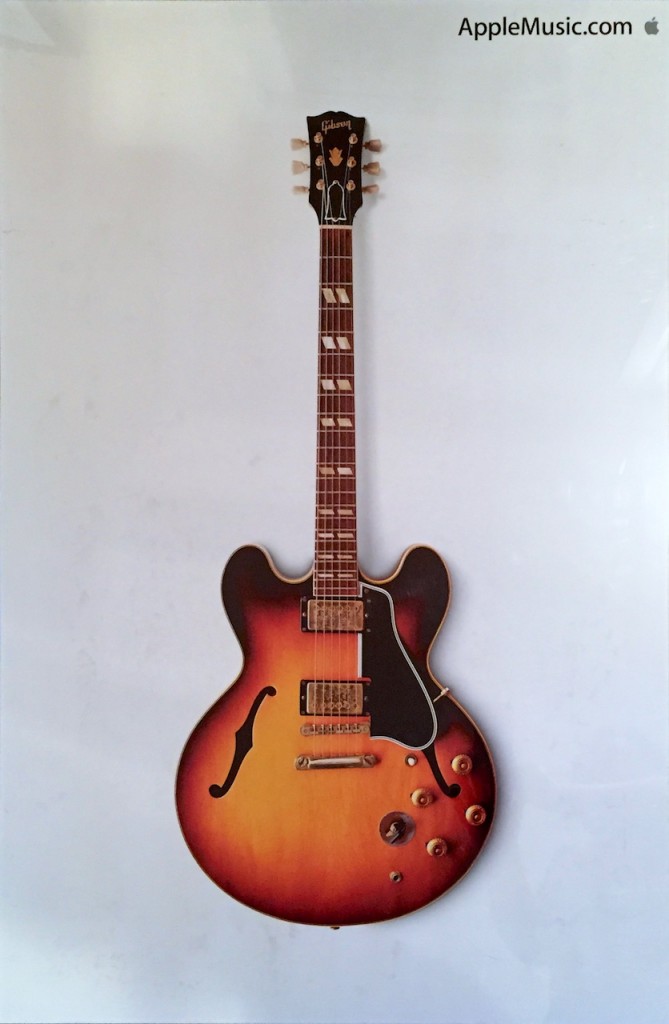 Poster of the original AppleMusic.com from 2003.

*The original post listed the addition of the original Music tab in May 2003, which is the earliest archive I found in the Internet Wayback Machine.  However, this change almost certainly went live on the day the iTunes Music Store was introduced on April 28th, 2003.