The response to Backtrace has been fantastic, and I wanted to thank everyone who has shown their support by purchasing the album and helping to spread the word. You made Backtrace the #1 comedy album on iTunes in the US, UK, and Canada.  You also made it debut at #5 on the Billboard Comedy Album Chart. I cannot thank you all enough!

Since releasing Backtrace last month, I’ve gotten numerous requests for the lyrics to the songs.

For the rest of November, I’ll post lyrics to a song a day (or thereabouts) and we’ll make our way through the album. I’ll be tweeting when each song page goes live as well as some of my favorite lyrics. You can follow me at @jamesdempsey .

Each song page contains its liner notes—lyrics, song notes, and full credits for the very talented people who brought these songs to life. Below are links to the liner notes for each song – each link will go live as Lyrical November progresses.

And of course, If you haven’t checked out Backtrace on iTunes, I invite you to give it a listen. 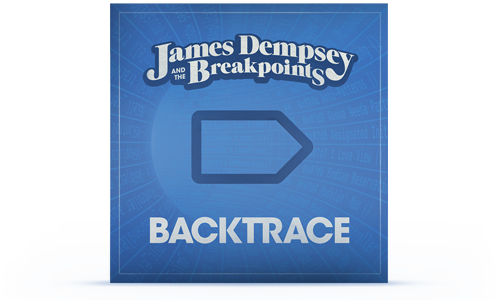