A recent tweet from Dave DeLong reminded me of something that’s been on my mind for a long while.

General PSA: Trash-talking an app (like, say, Xcode 9) does nothing to make it better and only hurts the devs’ feelings #BeNice #DontBeAJerk

As software developers, we all screw up. We all check in software with accidental bugs. We’re all constantly coming up to speed with new frameworks, tools, APIs, language features, concepts, and best practices. We’re all trying to accomplish a lot in a limited amount of time.

I think the hashtags Dave used, #BeNice and #DontBeAJerk, convey the sentiment that we should have empathy for each other as developers and as human beings.

Of course, all software has room for improvement and I also think it’s perfectly valid to vent frustrations about the tools you use professionally.1

But I don’t think disparaging the people who work on the software or attributing bad motives to them is helpful at all.

That said, I think it’s fair that the same principle should extend to Xcode itself, especially something that has bothered me for a long time: Blame.

Blame is “responsibility for a fault or wrong” — a word with a very negative connotation.

In Xcode, every line of code is a mea culpa.

Blame is pointing fingers without solving the issue at hand.

In Xcode, the Blame view and the Show Blame For Line menu item imply that the code you or anyone else writes is a reason to be embarrassed and ashamed.

According to the Xcode user interface, every line of code written for Apple platforms is something that should be apologized for—every app in the App Store built from culpable actions and misdeeds.

Blame doesn’t belong in the user interface of Xcode. 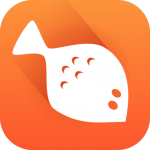 You could certainly make the case that it’s just a word and no big deal. But I believe words matter.

If you clicked on this article based on the title, thinking you would be reading an accusatory, negative piece about Xcode, then you have just experienced the power of the word blame.

And folks at Apple know that words and their connotations matter. There’s a reason it’s called ‘Swift’ and not ‘Sloth’ or ‘Flounder’. There’s a reason we’ll probably never see ‘macOS Death Valley’ even though, like Yosemite, it’s a National Park in California.

That’s How Git Does It

Author! Author!
in an Xcode without Blame.

You could also make the case that blame is the command name in git. But the git command diff corresponds the Comparison view in Xcode. So using exact git terminology in Xcode is not sacrosanct. Even if it was, git has the equivalent and less pejorative annotate.2

Of course, Apple has a long history of forging its own path, regardless of what others in the industry are doing. One could imagine taking the same approach as with the Comparison view and using a name that has nothing to do with an existing git command. The icon in the Version editor pop-up menu already shows the outline of a person. That view could possibly be called the Author view, with a corresponding Show Author For Line menu item.

You could also say that blame is just a wry bit of humor and if everyone knows it, then it lessens the negative connotation.

But not everyone is necessarily in on the joke. An example is people who are just learning to write code and develop apps. Learners, whether children or adults, can have a fear of failure when trying something new, compounded by a fear of being ridiculed for failing when trying. People new to programming don’t know all of our witty little inside jokes, they just know that Xcode is assigning blame to their efforts.

Apple has been touting the Everyone Can Code program for a few years now, including courses on building apps in Xcode. It think it is great that Apple is making such efforts to teach programming skills to a wide audience. But blame doesn’t belong in a learning environment.3

During the development of the original Macintosh, Steve Jobs decided to include each team member’s signature on the inside of the case. The signatures were engraved in the tool that molded the case of every early Mac produced.

This wasn’t so customers would know who to blame. This was because artists sign their work.

Whether you are a complete newcomer or an experienced coder, you should be able to take pride in your work as a developer. Your tools should do their best to help you. Your tools should acknowledge and, if possible, even celebrate your authorship, not disparage it.

Please take the blame out of Xcode.

It’s one small change in a .strings file, but may be one giant leap for our coding culture. •

I filed a Radar about this issue in June 2011 while still working at Apple—it was closed as Not To Be Fixed. Today I filed another bug report which you can see on OpenRadar. Feel free to file duplicates.

UPDATE: In the Xcode 9.3 betas, blame has been removed from Xcode. From the release notes:

Renamed user interface elements to clarify the information presented. In the Version editor “Blame View” is now “Authors View” and in the Source editor “Show Blame For Line” is now “Show Last Change For Line.” (35031446)

1 But don’t expect venting to change anything. The best approach is still to file a bug. That’s no guarantee your issue will be addressed, but you’ve provided the constructive feedback. Of course, the opacity of the Apple bug reporting system has its own frustrations and is its own can of worms.⏎

2 Which is admittedly a less catchy name.⏎