As WWDC season rolls around once again, I did the math in my head, on paper, and finally counted on my fingers to convince myself that this year is the Fifth Annual James Dempsey and the Breakpoints LIVE near WWDC show.

This year, we’ve teamed up with WWDCGirls to combine their annual Happy Hour fundraising event with our concert to create an evening of mingling and music, all to benefit App Camp For Girls.

The show is at The Mezzanine again this year, one of the city’s finest venues for live music, plus close to Moscone West.

The past five years have really flown by. In the midst of the rehearsals and preparations for this year’s show, I find myself taking a few moments looking back.

LIVE at WWDC
Starting in 2001, I wrote one song a year and performed it on stage during a WWDC session. Each song topic needed to fit in with the theme of the session in some way:

I set out from Apple soon after WWDC 2011. My final song performed at the conference was The Accessibility Song, encouraging developers to ‘share your app with the whole human race’. This song was particularly meaningful to me, since I worked on AppKit accessibility for a half a decade.

LIVE near WWDC
After all that time of playing an annual single-song gig, I wondered if folks might be interested in a longer show. We organized the first LIVE near WWDC show in 2012, put the word out, and hoped people would show up. We were thrilled to see the venue fill up with an enthusiastic audience that first year—we’ve been playing live near WWDC ever since. 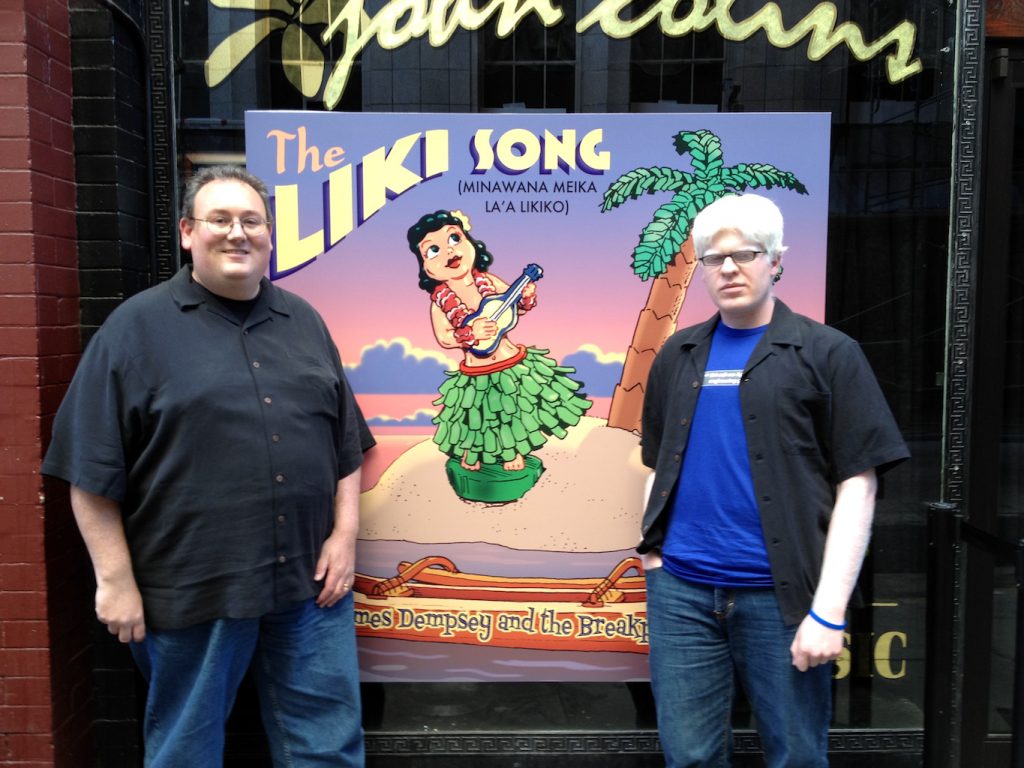 James and Darren Minifie (guitar, bass) outside the first LIVE near WWDC show in 2012.

Thank You
I wanted to thank everyone that has made these shows possible through the years. A true debt of gratitude to the Breakpoints and Conditional Breakpoints who make the songs come alive with their amazing musicianship. A great appreciation of the amazing sponsors who make these events possible. And of course a thank you that goes beyond words to everyone who has come out and supported us as enthusiastic members of the audience.

James Dempsey and The Breakpoints, LIVE near WWDC
A WWDCGirls benefit for App Camp For Girls
presented by Capital One
Wednesday, June 15th, 7:00 – 11:00.
Event information and tickets