I’ve updated my iOS Device Summary with hardware announced at the Apple event on September 9, 2015. This edition drops iOS 5 and A4-based devices to make way for iOS 9 and the A9 and A9X.

(This update has taken a little while—I’ve been busy helping to build a new cloud computer at Upthere.  I’m excited to say that we launched yesterday. I encourage you to learn more and join the beta at upthere.com.)

The biggest news this fall is the iPad Pro, which introduces the largest iOS screen size ever, but also two new Apple accessories that may be important to test your app with: the Apple Pencil and the Smart Keyboard. On the other new devices, iPhone and iPad screen resolutions remain the same and get faster processors. From a testing perspective, things that perform well on last year’s models should perform even better on the new hardware.

It is also interesting to note that all of the devices that can run iOS 6 are on the 32-bit side of the processor divide. 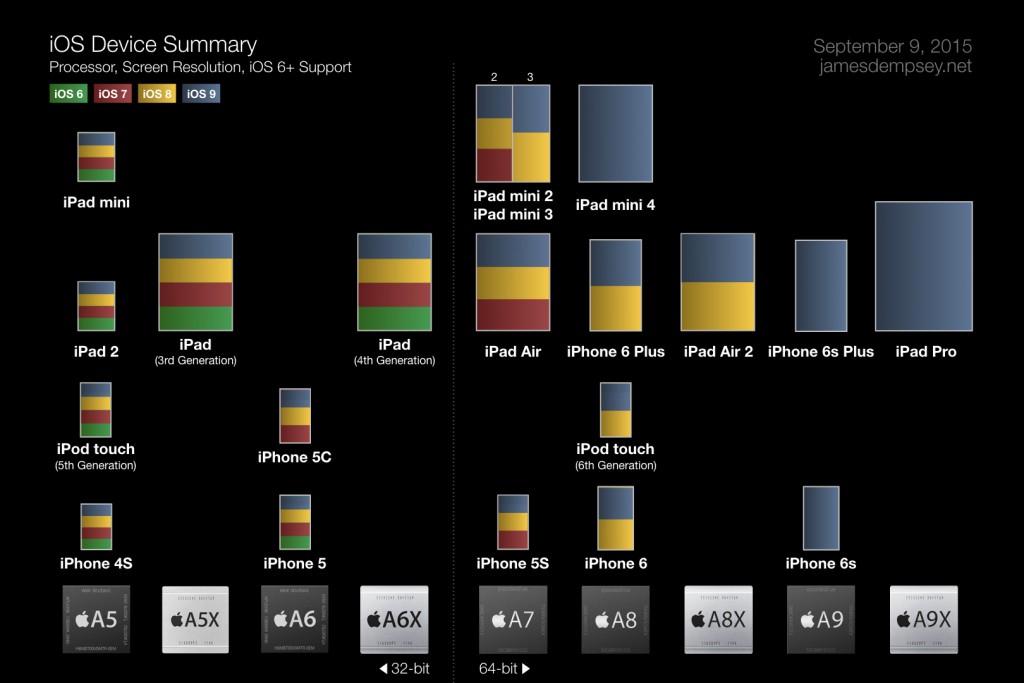