You can check out the iOS Device Summary page for more info about the summary plus PDF downloads—including optimized files for printing.

For developers, the iPod touch has been a useful, relatively inexpensive compact device for testing. The previous model was released almost four years ago and sits at the very low end of devices that support iOS 8 and iOS 9.  The new sixth generation iPod touch is a welcome addition as a more affordable testing device with a recent 64-bit processor.  Like previous generations, the new iPod touch has a 4-inch display, so an iPhone is still needed for on-device testing of larger screen resolutions.

It is interesting to note that every iOS device that Apple currently sells, except the iPhone 5c, has a 64-bit processor.

This also means that if you need to acquire older models for testing iOS 8 and iOS 9, you will need to turn to refurbished or used devices. 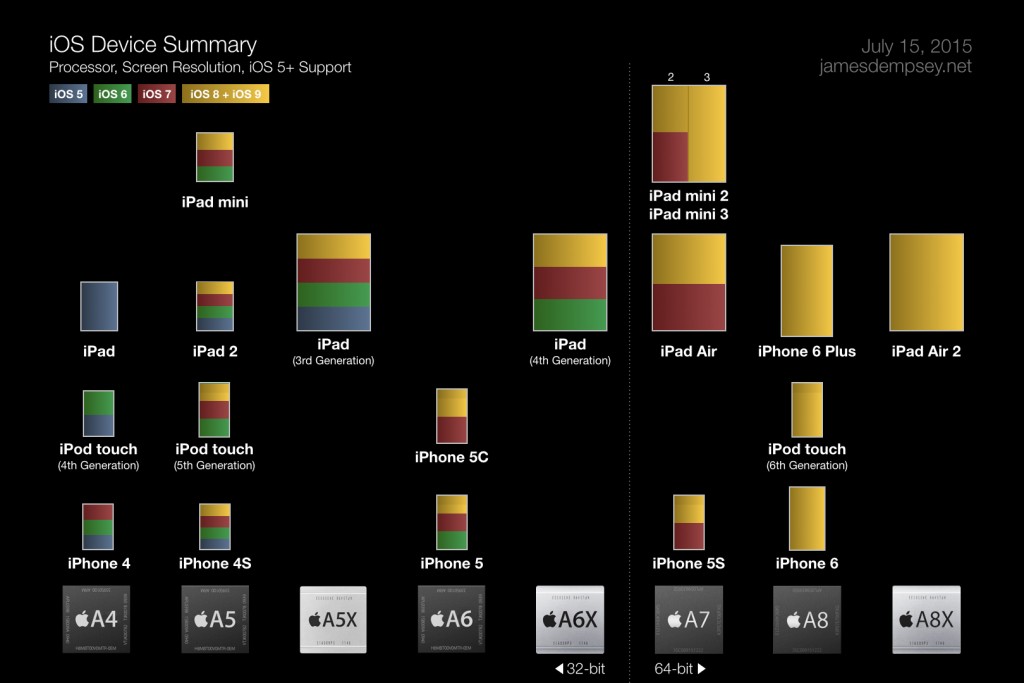